The purpose of this product is to prevent infants younger than 12 month, from dying of sudden infant death syndrome (SIDS). By monitoring infant’s vital signs (heart rate – blood oxygen level and body temperature) 24/7, this product listens for suspicious data and alerts the parents at the first sign of symptom and prevents the child’s death. 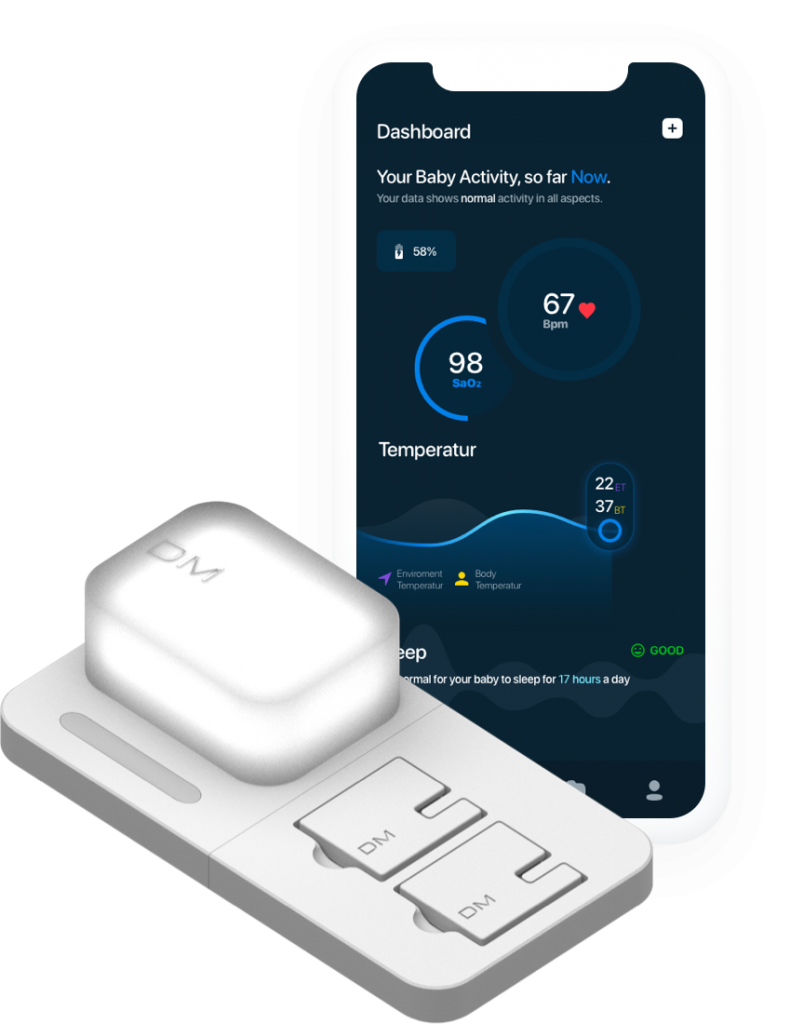 Docme Baby Care product is equipped with three highly sensitive and precise sensors, using which measures infant’s heart rate, blood oxygen level and body temperature. The Heart rate sensor is used for counting the exact number of heart beats per minute. It conducts the measurement both periodically and by measuring heart beat intervals. This system of measurement gives us the possibility to detect any suspicious symptom at an early stage using the artificial intelligence bundled into the device.

Call defined contacts after one minute

The Docme Smart Sock has proven to be a life saver!

Why should I use this product

Sudden infant death syndrome is one of the most common causes of death among infants younger than 12 month. According to the researches conducted in 2015, SIDS has been one of the top three reasons for infant death in the US. The numbers show us that 7 of every 1000 newborns, die due to this syndrome. Although these numbers are different in developed countries, but no infant is completely immune from this syndrome. This syndrome is a type of brain failure that happens when the brain fails to develop completely at the time of birth, and every infant younger than 12 months, is vulnerable to this syndrome. This syndrome causes infant’s lungs dysfunction during sleep, thus lowering blood oxygen level and stopping heart due to lack of oxygen and resulting in infant’s death. The Infant Care product monitors all of infant’s vital signs and blood oxygen level and saves the life of infant by triggering an alarm upon receiving any suspicious symptom.